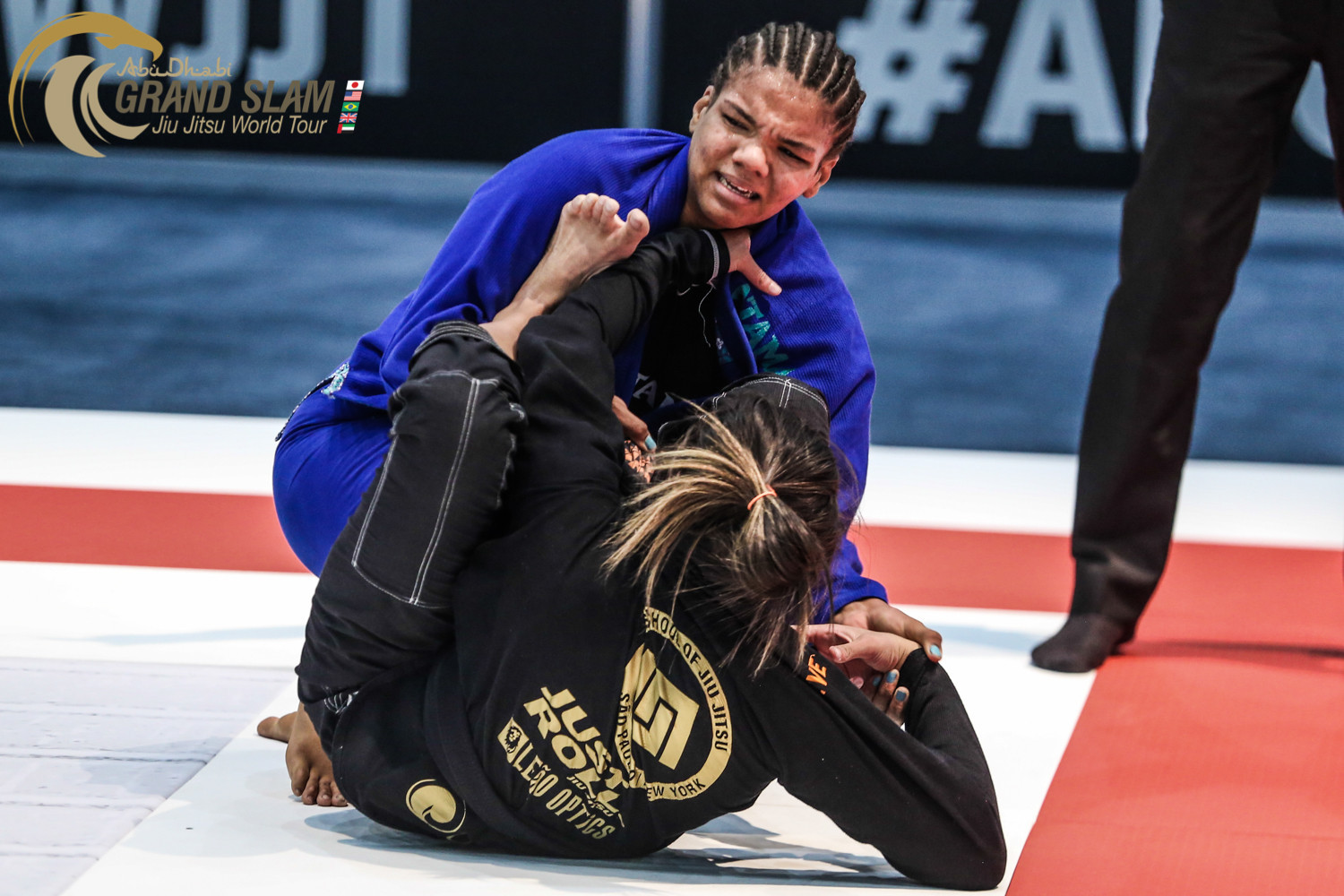 Rio de Janeiro native Gabrieli Pessanha is coming home to fight for her third gold medal in the 2018/2019 season of the Abu Dhabi Grand Slam Jiu-Jitsu World Tour. The brown belt is already registered in the adult brown/black belt 90kg division. It's the same weight class she competed in the first two legs of the season, in Tokyo and Los Angeles.

One of the biggest new talents coming out of Brazil in recent times, Gabi had imposing performances in Japan and the USA to reach the top of her division on both events. She talks about what was like competing against black belt athletes: “It was a struggle against myself at first. I was really in doubt whether I was ready or not for such a challenge. Thank God, it all worked out great and I was able to win the title.”

In Los Angeles, Gabi was put against the biggest challenge of her career so far. In the semifinal, she was face to face with 2X black belt ADWPJJC champion Nathiely de Jesus. A 4-2 lead with two sweeps put Gabi in the final against American Kendall Reusing, which she also bet with a 2-0 lead. The tears on Gabi's face after the semifinal was over were proof enough of how important the results was. “Without God and without Jiu-Jitsu I would probably never have the opportunities to experience the incredible moments I am experiencing now,” said Gabi after the win in LA.

The third leg of the 2018/2019 season of the Abu Dhabi Grand Slam Jiu-Jitsu World Tour, organized by the UAEJJF and the FBJJ, is scheduled November 16-18, 2018, at the Arena Carioca 1, in Rio de Janeiro, Brazil. The registration deadline is November 9 and the event is open to all nationalities. Sign up now at https://events.uaejjf.org/en/event/113.