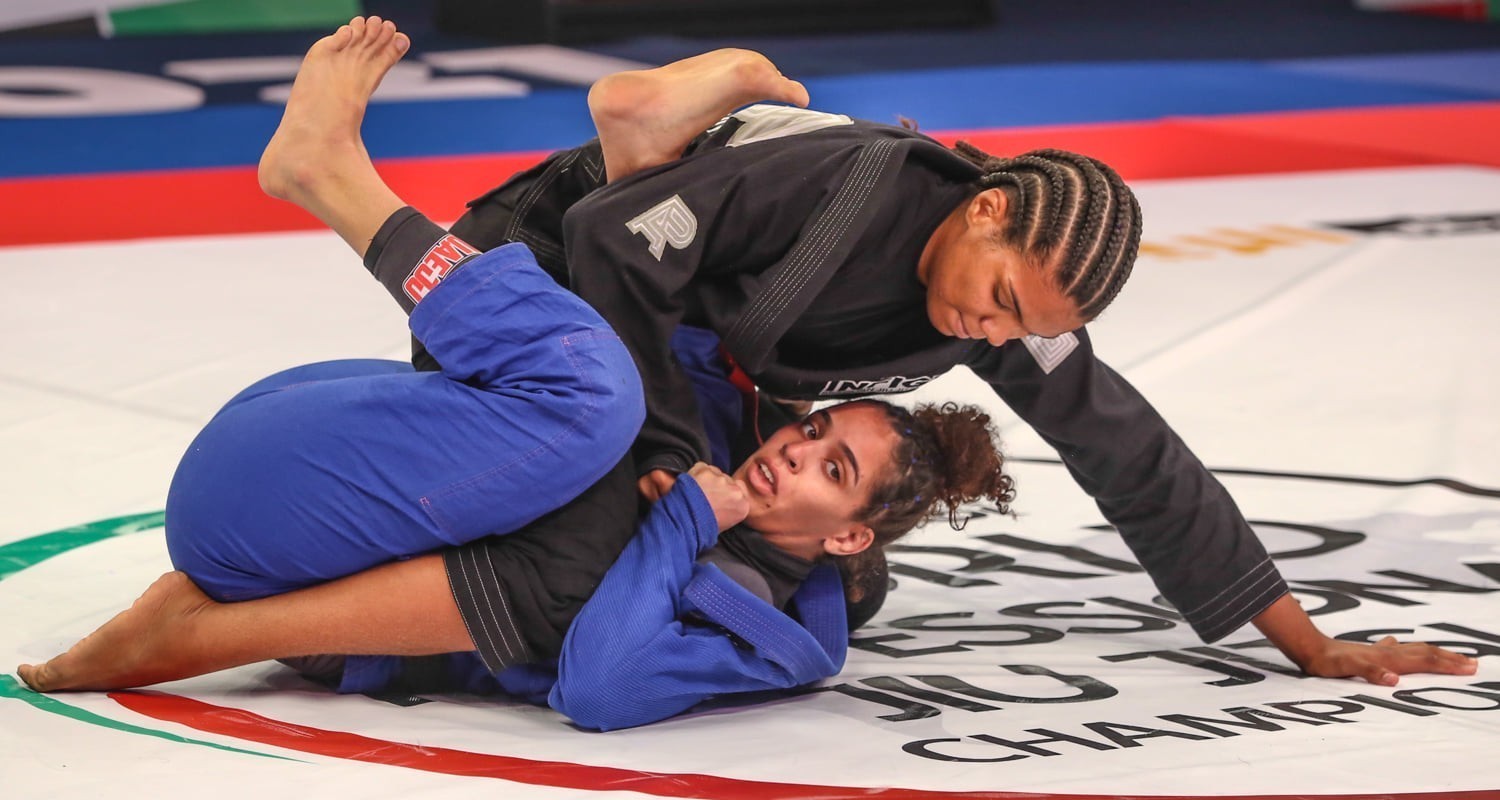 13TH ADWPJJC: SEE WHO'S ON THE RUN FOR GLORY IN THE ADULT BLACK BELT DIVISION

The 13th ADWPJJC is underway at the Jiu Jitsu Arena, in Abu Dhabi, UAE. The main event kicks off this Wednesday, November 17, as the adult black belt division enters the mats.

With all the names confirmed in each weight class, we now can look into the brackets and see who's on the run for the gold medal. Follow the complete coverage on Instagram. Watch all matches live on YouTube.

56kg – Reigning champion Francisco Jonas Andrade wants to hold on to his title. It's going to be a tall order, as the Brazilian Qualifier will surely put a big name on Jona's way to gold. Thalison Soares, Rodnei Junior, Johnif Rocha and Kalel Santos all want a spot in the main bracket.

62kg – The sitting champion Diego Batista will have to fight his way out of the Brazilian Qualifier for a spot in the main bracket. Upcoming talent Diogo Reis will surely be Batista's toughest obstacle. Meyran Alves and Lucas Pinheiro are also in the mix. Back in the main bracket, Hiago George, Alexis Alducin and Girogi Razmadze want to create problems for everyone.

69kg – Another current champion in the Brazilian Qualifier, Israel Almeida will have a tough job to defend his title. Thiago Macedo, Leo Saggioro, Caio Silva and Pablo Dutra promise to make Israel's day very bumpy. Back in the main bracket, Argentina's Pablo Lavaselli went down one weight class to compete for his second gold medal in the ADWPJJC.

77kg – With 12th Edition champion Pablo Lavaselli in the 69kg division, the division is wide open. Sweden's Max Lindblad, Australia's Levi Jones-Leary, Norway's Espen Mathiesen (2018 champion) and American Michael Liera Jr are all waiting for the Brazilian Qualifier winner, which could be Micael Galvão, Ygor Rodrigues or Adriano Araujo, among others.

85kg – Isaque Bahiense is another 12th Edition champion who took the long route to defend his title. In the Brazilian Qualifier, Isaque will have to overcome big names such as Catriel Rodrigues, Claudio Calasans Jr and Guthierry Barbosa. In the main bracket, Tommy Langaker (2019 champion), Nathan dos Santos, Lucas Gualberto and Felipe Dias are all in the run for the gold medal.

120kg – Let's be honest, the Brazilian bracket is tougher than the main bracket. Reigning champion Guttemberg Pereira will have to climb a tall mountain for a spot on Thursday. Wallace Costa, Antonio Peinado, Igor Silva, Ricardo Evangelista and Nicholas Meregali are some of the big names on Guttemberg's way.

49kg – Brenda Larissa wants to stay the champion, but it's not going to be easy. Argentina's Carauni is a big contender, so is Italy's Serena Gabrieli. To make things worse, the Brazilian qualifier has Isadora Maggioni, Vanderlucia Barbosa, Tatiane Nunes and Diana Teixeira.

55kg - 12th Edition champion Bianca Basilio wants her fourth overall gold medal in the ADWPJJC. Bia's journey will start in the Brazilian Qualifier. Once in the main bracket, Basilio will have to deal with tough opponents like Liisi Vaht, Amal Amjahid, Alexa Yanes and Ana Rodrigues.

62kg – Bia Mesquita is after history as she fights for her 7th gold medal in the ADWPJJC. As in the 12th Edition, Bia will try to make her way from the Brazilian Qualifier. Larissa Paes is there too. In the main bracket, Italy's Margot Ciccarelli, Jordan's Yara Kakish, Julia Alves are also in the mix.

70kg – The 12th Edition champion Julia Boscher is out, making the division wide open. Izadora Silva, Rafaela Bertolot, Larissa de Almeida and Amanda Hening will battle it out in the Brazilian Qualifier. In the main bracket, Ingridd Sousa, Buyandelger Battsogt, Magdalena Loska will make things more difficult for everyone.

95kg – Brazil's Gabrieli Pessanha will probably have the toughest job to stay on top of her position. In the Brazilian Qualifier, Gabi has no other than 2X ADWPJJC champion Tayane Porfirio, making a big comeback to the competition scene. Back in the main bracket, Yara Nascimento is waiting alongside Katiuscia Dias and Claire-France Thevenon.