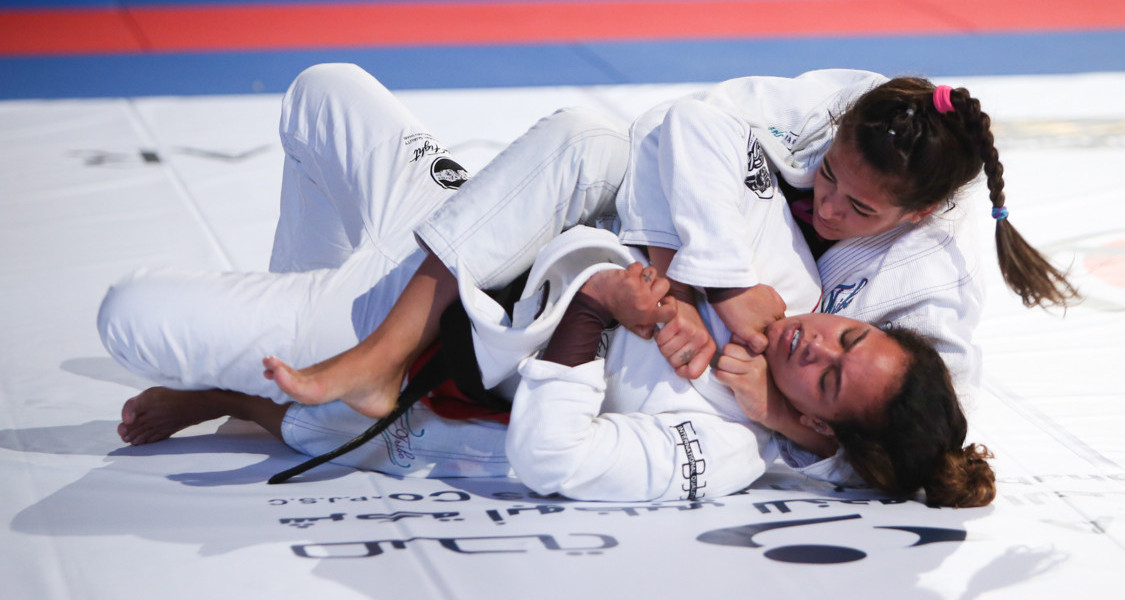 Each finalist fought three times to secure their spot in the gold medal match. Hiago George finished Massaki Todokoro with an armbar, then finished Andrea Verdemare and closed his campaign with another submission on Nobuhiro Sawada. Bebeto Oliveira first outscored Todokoro 4-0, then beat Sawada 8-0 and finally finished Verdemare.

Both finalists fought three times to secure the chance of competing for the gold medal. João Miyao first caught Alex Alduncin with an omoplata, then beat Mohd Ali Hayat via DQ and finally finished Virgílio Carvalho. Gabriel Sousa debuted with a 29-0 win over Alduncin, then finished Carvalho and Ali Hayat.

The finalists made their way to the gold medal match after beating three opponents each. Paulo Miyao first beat Mehdi Allaoui 9-0, then outscored Jan Basso 11-0 to finally finish Jorge Nakamura with a triangle. Isaac Doederlein had a tough first match against Lucas Galbusera, winning via referees decision. Then, he finished Aleksander Jablonski and caught Yijad Moussa with an armbar.

The most populated bracket had thrills for all. Oliver Lovell had no time to rest as his first match was against standout Levi Jones-Leary, finished with a knee bar. Then Lovell beat Darragh O' Connaill 2-0 on advantages and finally beat Bradley Hill 1-0 on advantages in the semifinals. Tommy Langaker debuted with a referee decision win over Christian Dellevag to meet Diego Ramalho in the quarterfinals and win with a 4-0 lead. The semifinal was against Guilherme Rocha and a narrow 3-2 lead on advantages put Langaker in the gold medal match.

The UAE's Faisal Al Ketbi fought twice to reach the finals. He first beat American Devhonte Johnson by referees decision following a 0-0 tie. The semifinal put Faisal against DJ Jackson and a 2-1 lead on advantages made him a finalist. Rudson Mateus secured the right to compete for the gold medal with an armbar finish over David Willis to meet William Dias in the semifinal and win via referees decision after a 0-0 tie on points.

Kaynan Duarte became a finalist after three matches. He first beat Anton Minenko 2-0 to meet Nicolas Penzer and win by submission. The semifinal was against no other that Erberth Santos and Kaynan won with a sweep to build a 2-0 lead. Adam Wardzinski first beat Rida Haisam via referees decision and then caught Basel Fanous with a choke from the mount in the semifinal.

In three matches, João Gabriel Rocha made his way to the final. He first caught Keunwoo Kim with a toe hold. Then he outscored Khasan Varando 4-0 to meet Ricardo Evangelista in the semifinal. A 2-0 lead on advantages put João in the final. The UAE's Yahia Al Hammadi fought twice to secure a spot in the final. He first beat Walter dos Santos vis referees decision and then beat Paulo Brasil in the semifinal also via referees decision.

Mayssa Caldas made her way to the final with an undefeated campaign in three matches. She caught Thamires Aquino and Elina Moestan with chokes from the back and then met with Serena Gabrieli in the semifinals to win with another choke from the back. Thamires made it to the semifinals after beating Elina Moestan 1-0. She finished Margarita Ochoa for a spot in the gold medal match.

Bia debuted with an armbar finish on Julia Maele followed by a choke from the back on Larissa Paes in the semifinal. Ffion Davis also fought two times to make it to the gold medal match. She caught Nicole Sullivan with an armbar and then finished Kira Sung with a bow and arrow choke.

Gabi fought twice to reach the final. She first beat Shantelle Thompson 4-0 and then waged war against Nathiely de Jesus in the semifinal, making through to the final with a narrow 1-0 lead on advantages. Claire fought only once to beat Marta Szarecka 3-2 on advantages and make it to the gold medal match.

The 2019 ADWPJJC returns this Friday, April 26, with the black belt finals as its grand finale starting at 3PM (Abu Dhabi time). Click here for more info and the complete results after six days. Follow the complete coverage on Instagram at @uaejjf and @ajptour.