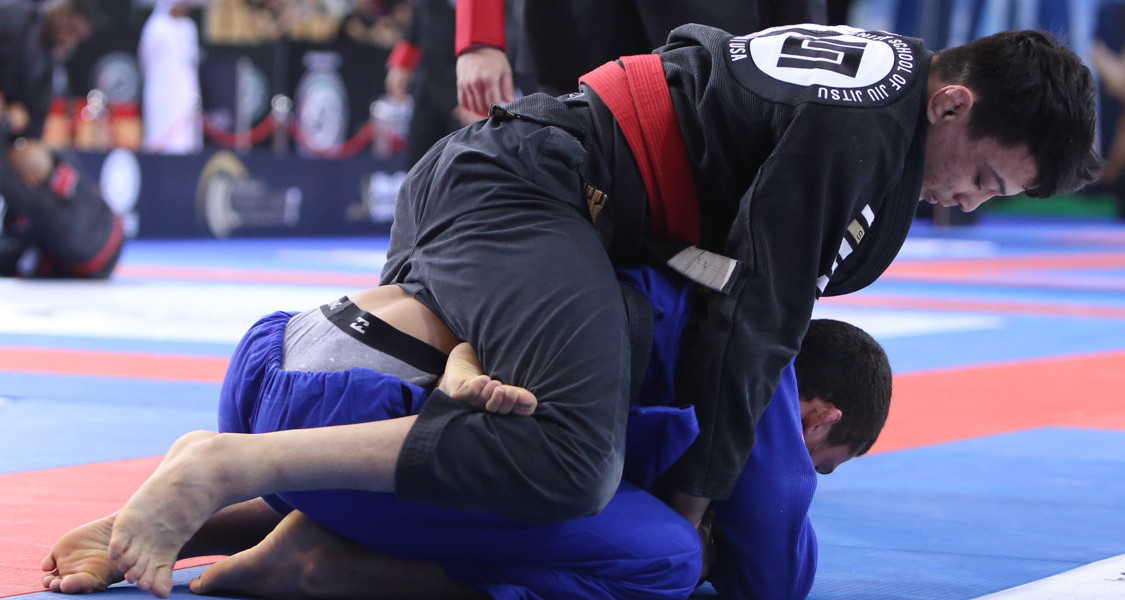 Abu Dhabi King of Mats: ten of the best lightweights in the world to clash for the crown in London

The Abu Dhabi King of Mats series returns on March 10, in London, featuring ten of the best lightweights in the world for a full day of epic matches. The invitational event has already become a fan favorite in the annual Jiu-Jitsu calendar. After two highly successful events in Los Angeles (Heavyweights) and Abu Dhabi (Middleweights) this season, the ADKOM is back in full force.

The lightweight bracket will take place on the final day of the Abu Dhabi Grand Slam Tour London, the closing leg of the 2018/2019 season. Here are the names picked to compete. Know a little more about each one of the warriors.

Gianni Grippo (USA) – Training out of Marcelo Garcia’s academy in NYC, Grippo is one of the most fierce and talented black belts in his generation. A 2X black belt ADWPJJC champion, he’s right up there as a favorite to nab the winner’s trophy.

Paulo Miyao (BRA) – Also training in NYC, Miyao has already secured his place as one of the greatest athletes of all times in his weight class. Also a black belt ADWPJJC champion, Paulo has to be seen as a big favorite for the title.

Hiago George (BRA) – One time ADWPJJC champion and a gold medal collector in the Abu Dhabi Grand Slam Tour, Hiago will bring his versatile and submission-driven Jiu-Jitsu to the bracket. He's without a doubt one of the favorites to make it to the semifinals at least.

Isaac Doederlein (USA) - A black belt under Rubens "Cobrinha" Charles with plenty of experience in competitions against the best athletes of his generation, Isaac is known for his dangerous guard game and fast attacks. Isaac is a 2015 ADWPJJC champion as a brown belt. His career as a black belt is filled with great results as well.

Carlos Alberto da Silva (BRA) – Bebeto was a brown belt as recently as the 2018 ADWPJJC, where he won the gold medal in his division. Promoted to the black belt, Bebeto sustained the high level of performance and results. He has two gold medals in the 2018/2019 ADGS season and enters the bracket decided to make his presence felt.

João Gabriel de Sousa (BRA) – The youngest of all the competitors, João Gabriel has the energy and the skill level necessary to be in the mix. Gold medalist in the Abu Dhabi Grand Slam Tour LA in the present season, João Gabriel should not be overlooked.

Fernando Vieira (BRA) – From Manaus, in the north of Brazil, Vieira is a 2012 ADWPJJC champion. An open guard specialist, he'll bring experience and high level skill to the mix of talent in the bracket. Fernando is a force to be reckon with in London.

João Gonçalves (BRA) – Another talented competitor coming out of Brazil, João won the gold medal in the 2017 ADGS Rio. He is known for always looking for the submission. Back in 2017, he won the title with three submissions in four matches in the 69kg division.

Tiago Bravo (BRA) – Teaching Jiu-Jitsu in the UAE, Bravo has kept very active in the competition circuit. Just recently he made it to the final against Paulo Miyao in the 2019 ADGS Abu Dhabi. Tiago is known for never giving up and always being a handful to all his opponents.

Organized by the UAEJJF, the Abu Dhabi King of Mats lightweight bracket is scheduled March 10, at the Copper Box Arena, as part of the Abu Dhabi Grand Slam Tour London. The final registration deadline for the ADGS London in March 5. Click here for more info. Follow the complete coverage on Instagram at @adwjjt. Watch the matches live on FloGrappling.com.