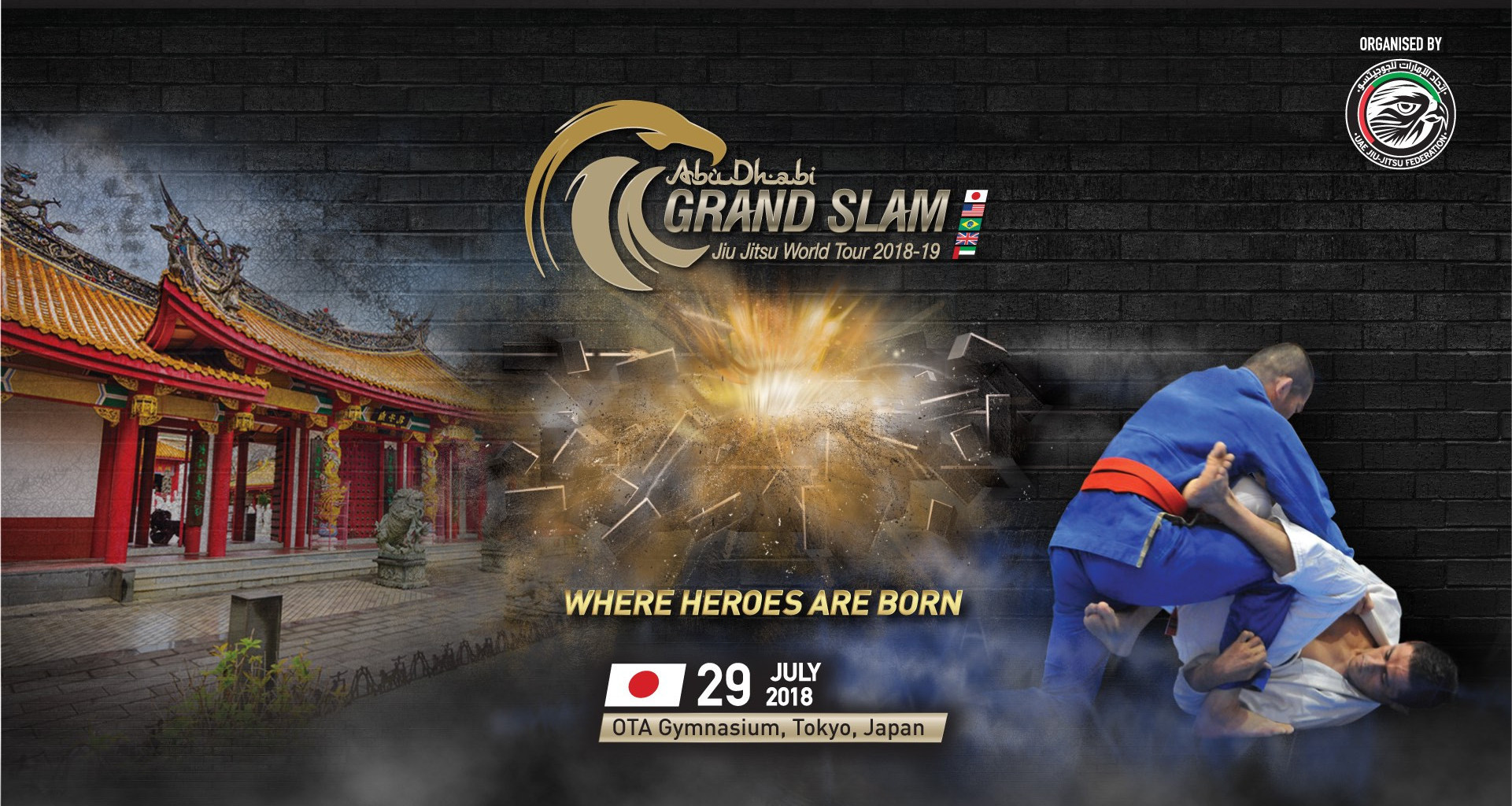 “These five host cities are a key part of UAEJJF’s international expansion strategy,” commented H.E. Abdulmunam Al Hashemi, Chairman of the UAEJJF®, President of Jiu-Jitsu Asian Union & Senior Vice President of Jiu-Jitsu International Federation. “The demand and growth from our fans to continue to bring live events to these cities has been overwhelming, and with the vast potential these markets hold for us, we are delighted once again to bring the most prestigious jiu-jitsu world tour back to Tokyo, Los Angeles, Rio de Janeiro, Abu Dhabi and London.”

The Abu Dhabi Grand Slam® is open to all nationalities, the medalists will be listed in the jiu-jitsu world rankings and combined cash prizes of more than $800,000 will be awarded to the top athletes of each division. The top three academies will also receive cash prizes in each host city and top ranked competitors will receive prizes at the end of the season according to the UAEJJF® World Ranking.

“Last season the Grand Slam was watched by more than 11 million fans around the world through our 18 broadcast partners in more than 100 countries,” commented Mr. Fahad Al Shamsi, Chief Executive Officer of UAEJJF®. With invaluable support and inspiration from our leadership, especially His Highness General Sheikh Mohammed bin Zayed Al Nahyan, Crown Prince of Abu Dhabi and Deputy Supreme Commander of the UAE Armed Forces, the UAE Jiu-Jitsu Federation has become the largest Jiu-Jitsu content provider in the world.”

“Abu Dhabi Grand Slam has experienced a sharp rise in popularity in Japan over the past three years,” commented Mr. Takamasa Watanabe, President Jiu-Jitsu Federation of Japan. “Japan has a deep historical connection with Martial Arts, thanks to UAEJJF, who has changed the face of the sport of Jiu-Jitsu in recent times over here.”

“We’re delighted to welcome another world-class event with a distinctly international flavor back to the States,” commented Mr. Gustavo Muggiati, USA organizer “Abu Dhabi Grand Slam always brings a mix of champions and contenders from various weight divisions, and up-and-coming stars from the country but also internationally, is sure to entertain all our fans here.”

“Brazil is the biggest market for the sport of jiu-jitsu and we’re excited to once again receive the UAE Jiu-Jitsu Federation here at the Carioca Arena,” commented Mr. Walter Mattos, President of Federação Brasileira de Jiu-Jitsu. “Abu Dhabi Grand Slam has quickly grown in popularity here in Brazil, thanks to its world class organization and exposure. We know the fans in Brazil will make the Carioca Arena an absolutely electric atmosphere on November 16, 17 and 18.”

“The UAEJJF has seen significant international growth with nearly a third of all the live events now held outside the UAE. London is one of the world’s major capital cities and is a fitting host to the Abu Dhabi Grand Slam,” commented Gustavo Oliveira, UK Organizer

Further details on ABU DHABI GRAND SLAM® JIU-JITSU WORLD TOUR will be announced in coming weeks. Keep up to date with all the latest news by following @ADWJJT on Instagram, Facebook, and Twitter.

UAE Jiu-jitsu Federation® was established in November 2012 as the official authority for the sport of jiu-jitsu in the UAE. The Federation plays a leading role in supporting jiu-jitsu and contributing to building a strong generation of UAE athletes to excel at the local and international levels. The Federation’s role is to implement policies that develop the sport in collaboration with various government entities, educational institutions and other partners in order to advance the sport locally, regionally and globally. Like us on Facebook, follow us on Twitter @uaejjf, follow us on Instagram @uaejjf and visit us online at https://www.uaejjf.com