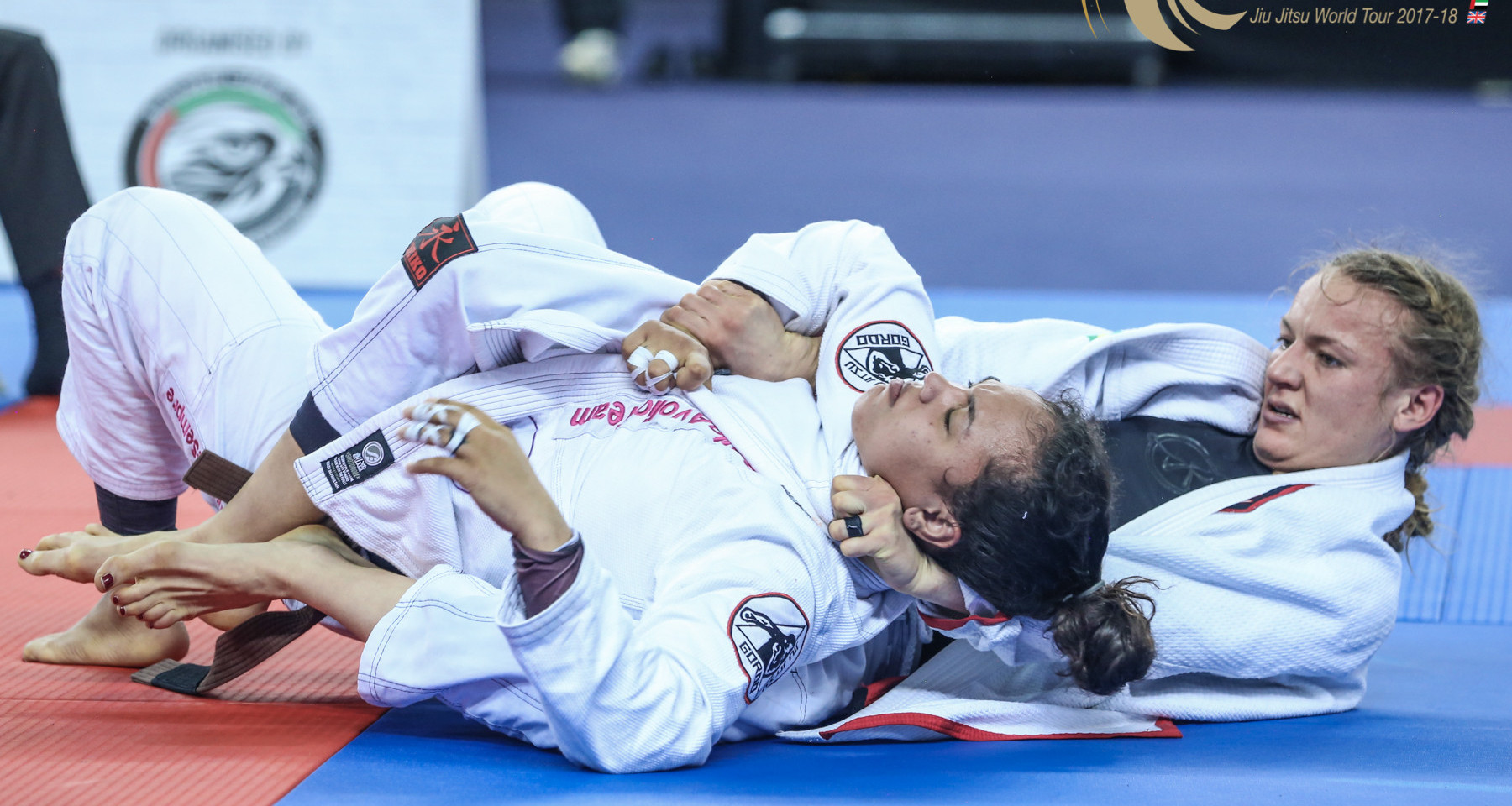 The final day of the Abu Dhabi Grand Slam Jiu-Jitsu World Tour in London, UK, this Sunday, March 11, at the Copper Box Arena, provided Jiu-Jitsu fans with the final note a glorious 2017/2018 season deserved. The adult and masters 1 black belt divisions, as well as the female brown/black belt division, treated the crowd to a series of thrilling gold medal matches. Here's a quick recap of how each weight class final played out.

56kg - On Saturday, Jose Carlos Lima once again finished the division on the top. In two matches, the Brazilian first beat João Kuraoka 4-2 in a tough match and then managed a 2-0 lead over Andrea Verdemare to take the gold medal home. It's Jose's fourth title in five Grand Slam events this season.

62kg - Hiago George worked hard on his top game to put pressure on Wanki Chae and eventually get a guard pass in place to go ahead 3-0 in the board to secure another gold medal in the season.

69kg – Paulo Miyao is the back to back champion. In the final he worked his way to Victor Otoniel's back and got a choke in place to secure the gold medal.

77kg – Jaime Canuto had to work hard to secure the gold medal. After getting an armlock in place, which Marcos Paulo Costa defended for over three minutes, one advantage was the narrow lead that granted Canuto the title.

85kg - In a rematch of the division final at the Grand Slam in Abu Dhabi two months ago, this time Isaque Bahiense went in the match against Charles Negromonte decided to finish it quickly. That he did with a toehold that ended the match before the halfway mark and granted Bahiense a much deserved gold medal.

94kg – In a heated match, brave Paulo Pinto went full throttle against Jackson Sousa, who was able to score a 2-0 lead early. The match went on with a fierce standing game all the way to the end when Jackson was able to land on side control and let the clock run out to secure his gold medal.

110kg – In a hair-raising six minutes, Thiago Sá and Gerard Labinski traded sweeps to build a 4-4 tie with an advantage each one as well. It came to the referees to decide the winner and the trio unanimously pointed to Thiago.

49kg – In a single match on Saturday, Arantazazu Romero claimed the gold medal with a referee decision win over Serena Gabrielli.

55kg – Belgium's Amal Amjahid imposed her game on Holland's Rose El Sharouni to build a 15-0 lead and finally finish the match with a bow and arrow choke.

62kg – In a match that will stick in the crowd's minds, Charlotte Von Baumgarten and Larissa Paes put on a show in the final. Larissa started out stronger and got a sweep and a guard pass to score 5 points. Charlotte fought hard to sweep back and in the end take the back to turn the board in her favor 6-5. Larissa was very brave not to tap to a bow and arrow choke, but could not avoid the defeat. In the end, a round of applauses for both warriors.

70kg – Ana Carol Vieira was the favorite and she confirmed her status. In a quick match, she pulled guard and smoothly worked out an armlock that left Thamara Ferreira no other option than tapping.

90kg – Fighting at home, Britain's Arizona Brodie put a lot of pressure on Brazil's Laila Carneiro to build a 9-0 lead in the scoreboard and secure the gold medal.

Two local branches of international teams dominated the competition with an UAE team also having an amazing performance. In the end, the results were:

The 2017/2018 season is gearing up for a glorious ending this April at the 10th anniversary edition of the Abu Dhabi World Professional Jiu-Jitsu Championship. The Abu Dhabi Grand Slam Jiu-Jitsu World Tour returns for the 2018/2019 season in the second semester of the year with the first leg already scheduled for July 29 in Tokyo, Japan.