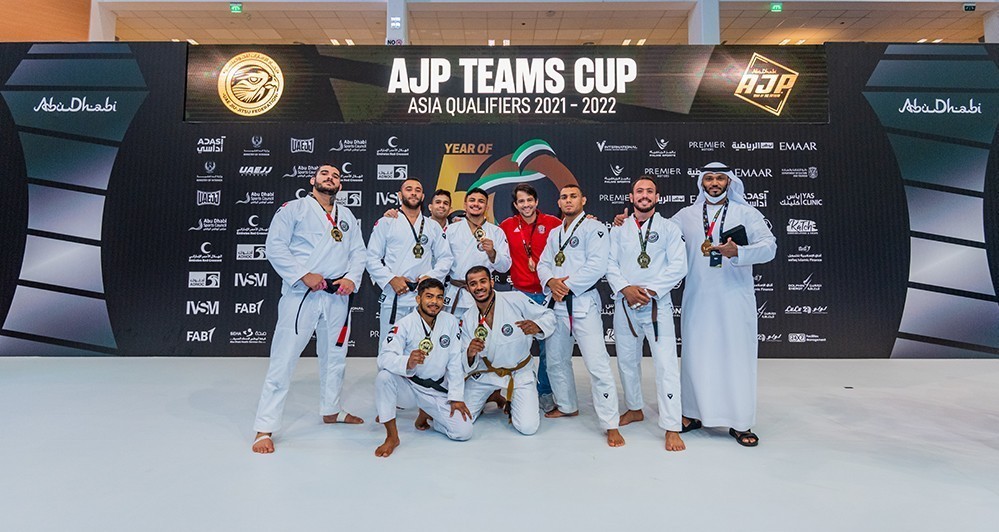 The competitions were attended by Mohammed bin Dalmouj Al Dhaheri, Mansour Al Dhaheri, members of the Federation's Board of Directors, and Tariq Al Bahri, Director of the Abu Dhabi Professional Jiu-Jitsu Association.

Abdul Moneim Al Hashemi praised the great technical level of the championship, the brilliance of the players on the rug, and the unprecedented competition between academies and clubs, noting that the Emirates clubs are moving in the right direction, congratulating Lt. General H.H. Sheikh Saif bin Zayed Al Nahyan, Deputy Prime Minister and Minister of Interior, The President of Baniyas Club, for winning the Cup of His Highness the President of the State, the day before yesterday, and His Highness Sheikh Mansour bin Zayed Al Nahyan, Deputy Prime Minister, Minister of Presidential Affairs, President of Al Jazira Club, for winning first place in the Club Cup - Asia Qualifiers, noting that the sport of the Emirates and Jiu-Jitsu in particular is fortunate with its sheikhs, and with the support of His Highness Sheikh Mohammed bin Zayed Al Nahyan, Crown Prince of Abu Dhabi and Deputy Supreme Commander of the Armed Forces.

He said: Every year, we hold our tournaments, and create tournaments and competitions that enhance the development of the game, and our latest tournament is the Club Cup in its first edition, which qualifiers are held at the level of continents, and then the owners of the advanced positions qualify for the finals, which will be held in Abu Dhabi 2022. Tariq Al-Bahri, Director of the Abu Dhabi Professional Jiu-Jitsu Association, said that Abu Dhabi's hosting of the Abu Dhabi Professional Jiu-Jitsu Association Cup for Asian Clubs confirms the emirate's role in leading the development of the game globally.