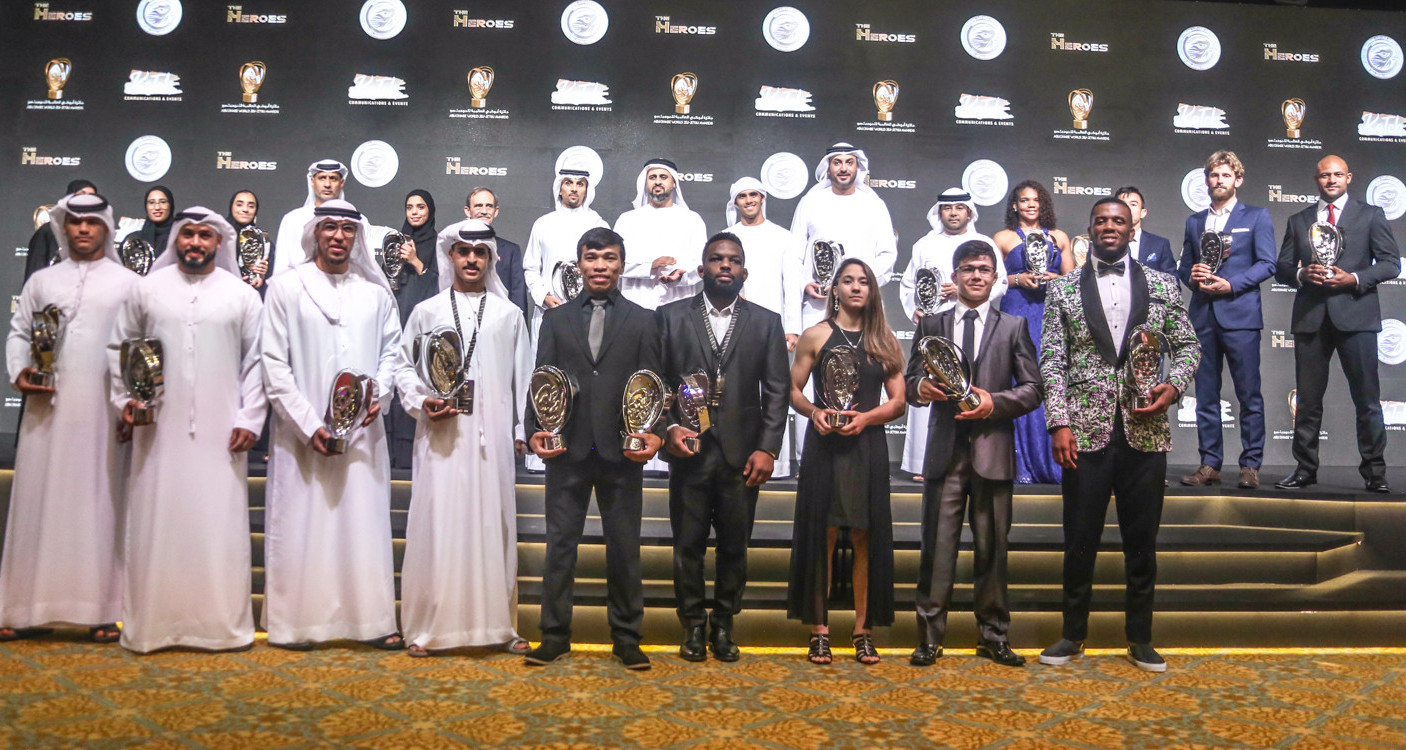 Athletes, Local Authorities, Officials, Event Organizers, Media Representatives, among others, joined for a night of celebration when the effort, hard work and talent on and off the mats were recognized.

His Highness Sheikh Theyab bin Mohamed bin Zayed Al Nahyan, Chairman of the Department of Transport, was joined by the Chairman of the UAEJJF, Abdulmunam Al Hashemi, to present the winners with the trophies.

Those present at the awards ceremony watched a highlights video with some of the most thrilling moments of the 2018/2019 season which spanned over 10 months of action on the mats all over the world.

The trophies started being handed out to athletes and entities who had outstanding performance throughout the season. Winners came both from the UAE and from all over the world. Here's the complete list of all winners.

Best Female Player of the Year

Best Male Player of the Year